Before we tell you about what we do, let’s first learn a little about where we do it! 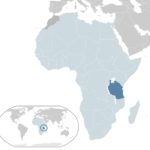 Tanzania, officially the United Republic of Tanzania, is a large country in Eastern Africa within the African Great Lakes region. It is bordered by Kenya and Uganda to the north; Rwanda, Burundi, and the Democratic Republic of the Congo to the west; Zambia, Malawi, and Mozambique to the south; and by the Indian Ocean to the east. Kilimanjaro, Africa’s highest mountain, is in northeastern Tanzania.

Tanzania’s population of 51.82 million is diverse; composed of several ethnic, linguistic, and religious groups. Tanzania is a presidential constitutional republic, and since 1996, its official capital city has been Dodoma, where the President’s Office, the National Assembly, and some government ministries are located. Dar es Salaam, the former capital, the country’s largest city, principal port, and leading commercial center. 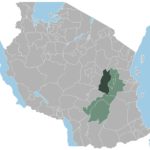 Agriculture is the major economic activity in the Region. It engages about 80- 90 percent of the region’s labour force. The major activities include small scale farming (food and cash crops, and production-subsistence farming). Maize and paddy are the major staple food crops. Other food crops in the region include sorghum, sweet potatoes, beans, cassava, millet, groundnuts, tomatoes, fruits and vegetables. The main cash crops in the region are cotton, coffee, sisal, onions, oil seeds (such as simsim), sunflower and a some cocoa along the mountain slopes. Traditional fishing is practiced along the Kilombero and Wami rivers, as well as Mindu dam.

There is also growth of a small capital intensive urban sector, whose main activities include manufacturing. Some mining is carried out in the district. The region is rich in three types of minerals; gemstones, construction minerals (such as sand, gravel, and stones), and industrial minerals (including renicull lime stone, mica, and graphite).

The energy solutions Ruaha Energy are pursuing, and will pursue in the future, include both standalone Off-Grid, and Utility-Scale, grid connected (hydropower and solar PV/biomass hybrid) projects. All our projects focus on increasing rural access to renewable, green energy, and delivering energy efficient products and services. An important part of our offering includes the provision of micro-finance capabilities, to enable our customers to purchase energy efficient tools, machinery, appliances, and fixtures. The green energy provided by our facilities will help reduce the impacts of climate change by applying “smart and efficient electricity supply and utilization” techniques and processes. Our customer’s will also be able to improve their lives by enhancing agro-processing and other industrial, and commercial activities.

You can find more detailed information about our Off-Grid and Utility-Scale projects, in their respective portions of our website…